Agony behind the umbrella term.. 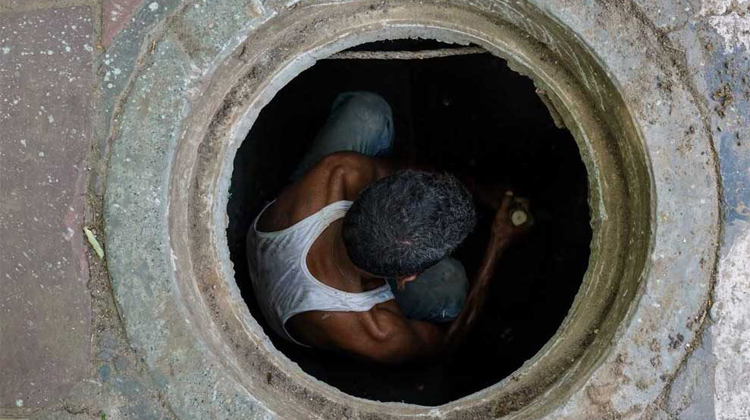 Agony behind the umbrella term "Manual scavenging" in India

Manual scavenging is a flamboyant term used for the practice of removing untreated human excreta from dry latrines and sewers by bare hands using the very basic tools like buckets, brooms and baskets. For many of us this is the most nauseating thing to do but for some, this is the only way to make their living. There are about half a million manual scavengers across India cleaning, carrying and disposing of every filth that we flush into our toilets.

Manual scavenging was banned 25 years ago with a bill passed under the Employment of manual scavengers and construction of Dry Latrines (Prohibition) Act in 1993. International agencies like the UNICEF, the WHO, the United Nations Development program and the International labour organization have called for prohibiting this practice however, it is so heartbreaking that this system still prevails in India due to the presence of unsanitary practices and latrines.

Subcastes of Dalits who are from the lowermost level of social hierarchy take up these jobs due to poverty and caste-based segregation. Moreover, it is also primarily because people from this class of society when go looking for other jobs there exists every possibility of being neglected and denial of decent jobs. Outrageously, they are ready to clean our crap! Not really worrying about the kind of infection or deadly disease that human faeces or urine will harbour. It is estimated that there will be at least one member from each family who work as manual scavengers. The community risks their own life by coming in contact with this horrid waste. As a matter of fact, continuous handling of human excreta without any protection leads to respiratory and skin diseases. No wonder why many sewers (as we call them) die as young as 40 years old preying to anaemia, jaundice, trachoma, cholera, typhoid, hepatitis, cardiovascular problem and most importantly carbon monoxide poisoning. More than 100 deaths are recorded every year in India due to asphyxiation of poisonous gas while in the dark hole.

Manual scavenging is not only caste-based but also gender-based. Women are engaged in many households to clean dry latrines than men. While men take up cleaning sewer lines. A report states that women earn a meagre amount when compared to men. Women are made to pull a heavy tricycle to collect garbage from each household. Heavy pulling of tricycle causes uterine prolapse in most of these women. Well, when Swatch Bharat mission aims at protecting the dignity of women providing sanitation places, on the other hand, we humiliate women manual scavengers in the worst manner.

Some of us don’t even follow proper waste segregation practices in our own home. We simply throw away used sanitary napkins without even rolling them up in a newspaper. Just imagine, how could someone bear the anathema of handling some 1000s of household waste like this?. They are too humans like us. It takes two days for them to eat good food till then they wouldn’t be able to touch their own plate.

Though technology provides an alternative to manual scavenging, structural problems force people to get into septic tanks for cleaning. Engineering defects don’t allow machines to pass through a certain point which makes the cleaning impossible. It is a shame that many metro cities don’t have proper sewerage that covers the whole city. Human intervention is demanded when sewage lines connected to storm drain gets clogged up. Yet another problem with open drainage is improper disposal of condoms, sanitary napkins and diapers that clogs the drain which machines cannot clear.

The self-employment scheme for rehabilitation of manual scavengers was passed in the year 2007 which aims in identifying a manual scavenger and provide them with loans, credit-linked backend capacity subsidy and skill training from recognised agencies that facilitate employment of the trainees. Unfortunately, the misery they go through for a living is so helpless even after the bill is passed. Because identification of a manual scavenger is becoming a tough task. Most of the manual scavengers are employed through contractors with an unknown number on their rolls. This provides a huge loophole for contract employers to play an escape game in case of mishaps throwing the lives of helpless people in jeopardy.

Some lucky liberated manual scavengers face brutal atrocity and violence even today. What is wrong with our social system ? Why don’t we consider humans as humans? We shouldn’t forget this one thing that if they stop doing what they do now, we will be sinking in our own faecal sludge.

Well, if some of our hearts doesn’t allow to accept them as a part of the society at least let’s stop humiliating them. Let’s play an important role as a responsible citizen to keep our environment clean and spread the awareness of sanitary practices.