Human trade is an act of disgr.. 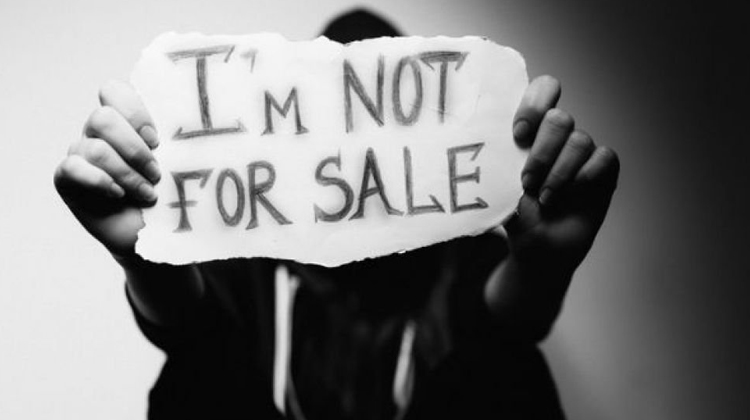 Human trade is an act of disgrace to humanity

"It was people saying that I see you and I care-that was the thing, I think, that turned the things around for me most"

(Voice of a human trafficking survivor, Jeri Williams was a victim herself)

Our history lessons took us through various historical movements on how abolitionism (a movement to end slavery) paid off to end the African and Indian slave trade and set the people free from slavery. However, even after centuries of anti-slavery war it still exists in our modern day. Today we call it as the most contemporary slavery or modern day slavery. It is estimated that there are about 21 million to 70 million people who are forced into slavery depending on the method of enslavement.

Human trafficking is a mammoth gateway to exploit human rights through human trade. It is considered as the world’s third largest crime after drug trafficking and illegal arms trading. Sexual exploitation and forced labor are the most common types of human trafficking besides slavery and organ harvesting. This lucrative industry is estimated about $32 billion throughout the world contributing 80% of the cases involving sex industry and other 20% of the cases to the labor industry. Believe it or not, Human Trafficking is everywhere.

Human smuggling leaves a huge negative impact not only to the victims but also to the world. This impingement is sensed by both the countries equally, from which the people are trafficked and to which they are trafficked. The effects can be seen in society, which includes the impact in the families and communities they left behind. And in some countries where there is a great gender bias women victims are often traded into sexual slavery. When people migrate to other countries seeking employment and end up being trafficked result in remittance loss impacts the economy. Women and children smuggled for the purpose of sexual exploitation are prone to great risk of HIV/AID or other STIs. There’s a fear of spreading the illness in the society that affects the health of the community as a whole. Moreover people are being trafficked in the most horrible conditions beaten, violated and told they are worthless. Even after reaching their destination, these circumstances can leave detrimental effects on their wellbeing both physically and mentally. Finally, this illicit activity of human trafficking will have serious implication on national security in both the countries.