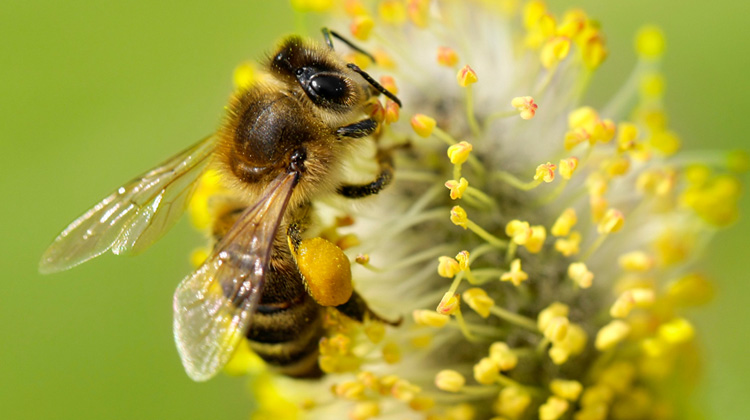 "If the bee disappeared off the face of the Earth, man would only have four years left to live" - Albert Einstein
Einstein was right! Bee crisis has put the UN’s index of food prices hit high all the time. The collapse in the population of honey bee threatens our global food security. Bees are one of the most crucial and best-known pollinators. Almost one-third of the global farm depends on pollination largely on honey bees. It is estimated that they pollinate 70 of the 100 around crop species that feed 90% of the world population. Sadly, bees are dying or being killed or at a disturbing stride.
Pollinators like bees, butterflies, hummingbird and a bat are those little things that run the world. They play an important role in creating and maintaining the habitats and ecosystem that many animals depend on for its food and shelter, while the Bees are very critical to keep the plants alive through pollination, an indispensable process to maintain genetic sustainability.
Honeybees are important pollinators for fruits, flowers and vegetable. Pollination is the process of transferring pollen grains from the anther (male sex cells) to the stigma (female organ) of the same flower or of the different flower to produce the best possible crop. Since honey bees have hairy bodies, it helps them to trap the pollen and carry it between the flowers and hence they are considered as good pollinators for this reason. Honey bees need a huge quantity of nectar and pollen to rear their young; hence they work hard visiting thousands of flower a day confining its visits to one plant species. A beneficial effect of pollination is seen when the flowers often visited by bees yield larger and uniform fruits than those that are less visited.
Regrettably, we see a huge decline in the bee colonies in recent years due to a phenomenon called colony collapse disorder where the majority of worker bees in a colony disappear leaving the queen behind with ample of food and few nurse bees to take care of the immature bees and the queen. No specific cause for this declined has been proved. However, the main reasons for the decline in the bee population globally are industrial agriculture, use of pesticides, parasites/pathogens and climate change.
The negative effects of chemical-intensive agricultural practices became more apparent contributing to declining in bee population by introducing Bee-killing pesticides leading to high mortality and /or altered forage abilities for both wild bees and managed bees (human-built hive). A report indicates that just one sample of pollen contains more than 17 different types of pesticides.
Monoculture farming practices in many parts of the world lead to the decline in fertility of the soil thus increasing the emission of CO2 and contaminating water. Monoculture practices result in lack of biodiversity of croplands limiting the amount of food that the pollinators have access.
Change in climate causes habitat loss as bees fail to migrate to the right place to establish their beehives. The shift in temperature could negatively affect bees as even the slightest mismatch of five to six days of potential seasonal timing for the flowers to bloom makes them less likely to reproduce and be less resistant to parasites like varroa and the gut parasites.
One has to understand that Honey bees are vegetarians and are not meant to take down on us. There are so many pleasant ways to help and air our voice for the bees. Let’s think of ways to save the most reliable pollinators to survive by planting bee-friendly plants and herbs in our back yard garden. Window planters in urban space living can support the cause. Spreading a word about important of bees in local community meetings, in schools and on online forums will bring the awareness of this tiny insect realising its importance for humankind.
One of the best ways to help save honey bees is to support those who have a passion for bees. With this purpose on hand many NGOs, villagers’ association, self-help groups, community-based organizations etc., come forward to submit proposals to the donors to obtain funding resources for beekeeping projects. As a part of rural development and sustainable livelihood in remote and poor communities, several NGOs provide bee-keeping training to meet their ends.
Major food companies around the world have brought into effect doing its part to save bees. Häagen-Dazs as a part of their social responsibility campaign are doing their part to eradicate the neonicotinoids, a powerful systematic insecticide absorbed by plants and can be present in pollen and nectar making toxic to bees and believed to have declined the bee population. Droga Chocolates, from San Francisco, has committed to help in protecting the pollinators through donations.
Little we do to save honey bees will make a huge difference for the generations to come. We never wish our great great grandchildren left with no food to eat. Lets’ act before it gets too late.