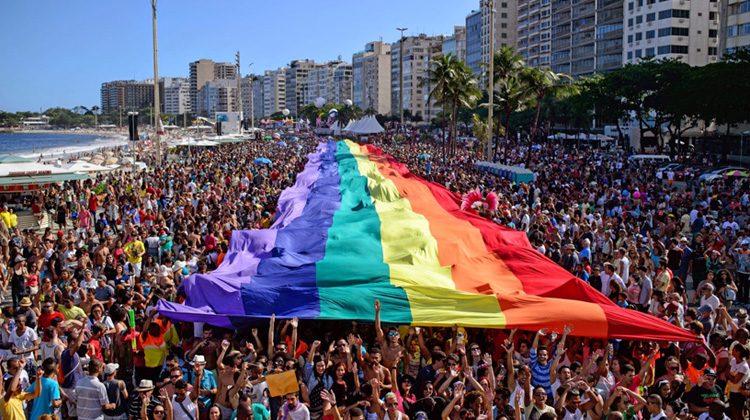 LGBT, a fruit loop in a world full of cheerios: Pride meets Prejudice

Find out who you are and be that person. That's what your soul was put on this Earth to be. Find that truth, live that truth and everything else will come alive.
- Ellen DeGeneres

Violence, inequality, sometimes torture and execution are often faced by people around the world just because who they love, how they look or who they are? YES! If you had read the quotes and title right – I am talking about Lesbians, Gay, Bisexuals and Transgender.

No man or a woman chose to be gay, straight or even a transgender when they are born. Sexual orientation emerges mostly in the early years of teenage. Most people get attracted to their own sex. They can't even name their feelings initially until they decide to accept it gradually that they are gay. The kind off emotional turmoil faced by the teen due to the usual combination of hormones, peer-pressure and overall angst is distressing. Psychologists do not consider it as a conscious choice.

The most painful of all is the unacceptance of gay youth in their own circle of family and friends due to their sexual orientation. Most of them report feeling insecure in their own environment be it either home or school with the majority reporting on verbal harassment subjected to violence. These kids never have a home and are left stranded by most of their own families.

"Coming out" has always been a difficult choice for children who feel different from other kids. It's a very long life journey of understanding, acknowledging and sharing one's sexual orientation with parents and the society at large. For some children, I may be easy but for others, it may take a long time of acceptance. It is important for the parents of LGBT teens to remember that each child is unique and they have their own preferences of feelings and experiences on their way.

A strong global movement called "LGBT pride parades" has encouraged the society to come together in solidarity to celebrate the sexual diversity of the queer community. This pride parade is a peaceful and brilliant demonstration that calls for dignity, integrity and equality of LGBT in terms of same-sex-marriage and relationships, and risk of homophobic attacks.

A colourful rainbow flag symbolizes an attempt to disarm homophobia was created by American gay rights activist, Gilbert Baker in the year 1978 has become a symbol for modern LGBT movement. Every year the month of June is celebrated as a Pride Parade month of LBGT community. The objective of this parade evidently celebrates their identity in the society that accepts them as human rather shaming them for they are.

Several LGBT campaigns are conducted by various non-profit organizations that aim to create awareness about sexual discrimination against queer groups and promote acceptance, empathy and understanding.

A remarkable shift in the attitude towards LGBT people has paved way towards a complete legal recognization of marriages of same-sex worldwide.