Self-help group: the role of N.. 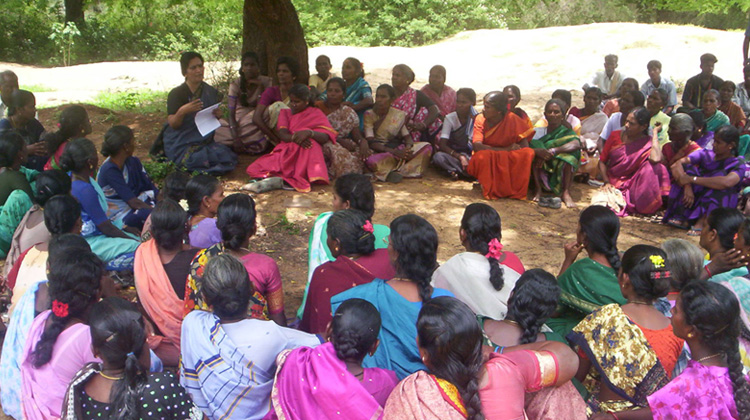 Self-help group: the role of NGOs in promoting SHGs and its scope.

A self-help group is an independent voluntary association formed by women from the same socio-economic background who come together to the purpose of solving their common problems. The origin of SHG dates back to 1975 founded by professor Mohammed Yunus, a Nobel laureate for pioneering the concepts of microcredit and microfinance. SHGs are formed by government organizations in order to edge the poverty. SHGs are seen as an implementation for the goals of empowering women, developing leadership amongst poor and needy people. Members of SHGs make regular small savings to make a corpus fund until there is enough money to lend it to those who are in need or divide amongst themselves.

Though SHGs can be found in other parts of the world it is predominantly located in India. Many SHGs are linked with the banks with the help of an NGO through linkage program for the delivery of microcredit. In India NABARD (National bank for agricultural and rural development) initiated the concept of microcredit and microfinance in the year 1986-1987. Through its SHG bank linkage program, it encourages other Indian banks to lend money to SHGs.

The very existence of SHGs is to make people of below-poverty-line be hopeful and self-reliant. It enables financial security as a primary focus and other common interest of members in areas like awareness, motivation, leadership, community development, training and associating in social inter-mediation programmes for the benefit of the entire community.

An educated facilitator or an animator takes the lead in mobilizing to form SHG. They can be a retired government teacher or a person from an NGO who helps the group members to develop the habit of savings among the members. The group savings are kept in a common bank account to avail loans which are distributed among the member for small business. The loan is then repaid out of the profit earned.SHGs are essentially homogeneous in nature that allows the members to interact freely hence a mixed group is generally not prefered.

NGOs play an important role in promoting SHGs. Skill training programs for SHGs are periodically conducted by the NGO to promote leadership qualities and income-generating activities. These types of training bring SHGs close to NGOs for their formation and function. NGO can play a decisive role as an effective delivery mechanism in rural development thus by improving the quality of life and socio-economic status of women. Most of the members of SHGs agree that rural development activities have shown a positive impact and has improved their quality of life tremendously. NGOs facilitate as an intermediate playing a significant role in initiating the right enterprises and technical skills to SHGs. Women are imparted with technical knowledge, skill training and marketing techniques that help to establish a sustainable business. An NGO serves as a key to the capacity building. It is evident that NGO’s capacity planning schemes have brought desirable changes in the lives of many women through training thus improving their abilities and skills. Capacity planning empowers women to meet the demanding challenges that are required for employment.

Like the coin has two sides the scope of SHGs has a darker side to it. There are many structural issues that throw the scope of SHGs in jeopardy. Lack of proper follow-ups by the NGO is a major failure in the system. Lack of motivation and involvement from the members of the group and the absence of effective leadership makes the growth of SHGs erratic.

NGOs serves as an important catalyst in bringing up SHGs.In order to make things straight for the successful functioning of SHGs, NGOs are recommended to play a dedicated role with stability. They should adopt workable strategies for longevity and sustainability of a SHGs in the long run. There wouldn’t be an economic boom unless women become economically self-reliant and developed. A study emphasises that the development of women alone will banish the intensity of poverty.